Android 10 may not have brought the most substantial changes the OS has ever seen, but some of the new features have certainly been popular with users. Among those is a system-wide setting for dark mode, which allows apps to automatically switch their color palette to match. This still requires apps to actually support the mode switch, and as of the latest release of Google Messages, there is one more that has made the change.

Unofficial Changelog: (the stuff we found) 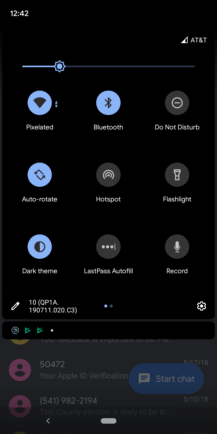 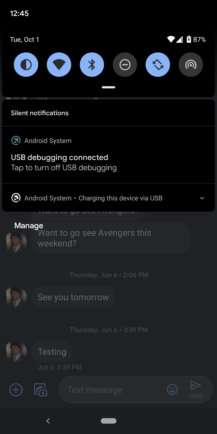 As you can see from the first screenshot, there’s a mismatch between the system shade and the app in the background. With the second shot, the app now matches the system setting. 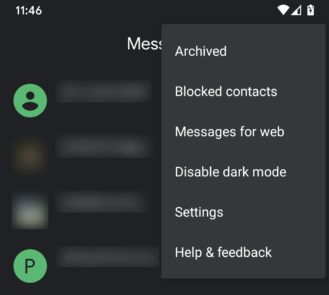 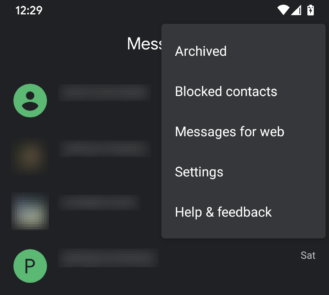 As a note, the menu command for toggling dark mode has been removed, so you can’t change the theme in Messages without changing the system mode — not that you were going to.

Naturally, the dark mode selector will still be present on devices running Android 9 Pie and earlier. 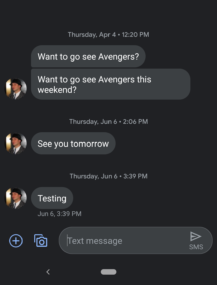 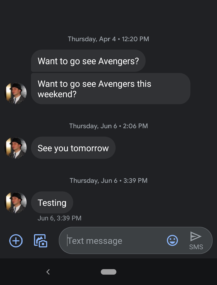 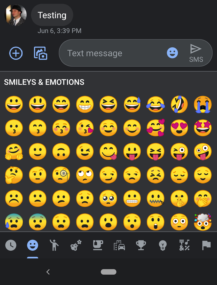 In past versions of Messages, you might have seen a smiley button to the right side of the message box, giving users a quick way to access emoji, which may have been extra helpful if you used a keyboard that didn’t offer anything similar. That button seems to have only seen a limited rollout, and it was eventually disabled for everybody. However, it appears to be back, and probably for good this time.

After updating multiple devices, the button is back on all of them, and this appears to be corroborated by a number of commenters on reddit. Since the update itself is still in a limited rollout, there’s still a chance this isn’t universal yet, but it looks like it is. 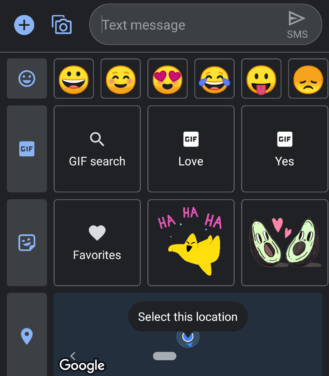 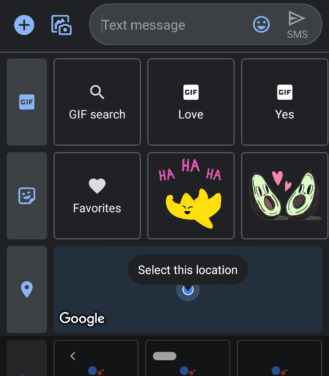 As a side effect, it looks like the short row of emoji in the attachments menu has been removed.

Also, if you’re paying really close attention, you may have spotted a change to the icon for photo attachments. The camera shape is a bit smaller and the background box grew in size and now has some kind of shape to it.

The APK is signed by Google and upgrades your existing app. The cryptographic signature guarantees that the file is safe to install and was not tampered with in any way. Rather than wait for Google to push this download to your devices, which can take days, download and install it just like any other APK.

We’ve got the APK for the Messages v5 update over on APK Mirror (also linked just above). Parties looking for the enhanced dark theme integration on Android 10 can pull this latest beta at their convenience.